Since we already talked about ACPI and the different states of energy a PC can be in, we continue our little series with the power button. How does it work and what alternatives are there? 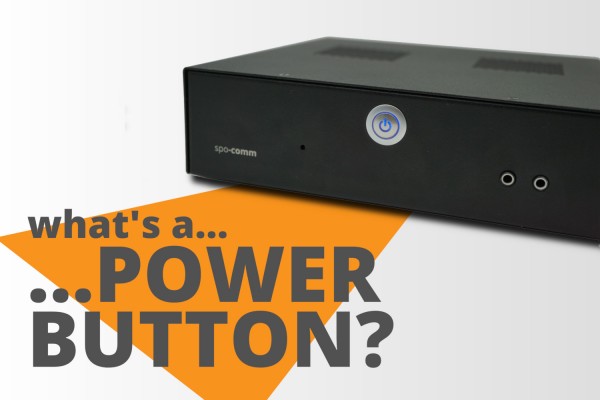 We all like to put our PC into hibernation instead of always shutting it down right away. But how does this work? ACPI makes it possible. Let’s take a closer look at this standard.
Read more Two weeks ago we initiated our new series about interfaces on our spo-comm blog with the “What is LAN?” article. Today we want to continue the series with the commonplace USB port. We use it to charge our phones or to connect a mouse or USB-stick with our computer. In this article we want to give you a glimpse of what stands behind the well-known USB and what the differences between the various specifications such as USB 2.0 or USB 3.0 Gen. 2 are.
Read more
Stay up-to-date with the spo-comm newsletter.
We use cookies. Some of them are technically necessary (for example for the shopping cart), others help us improve our website and to offer you a better user experience.