After introducing you to DirectX last week, we are going to move on to the next API and address the question: What is OpenGL? 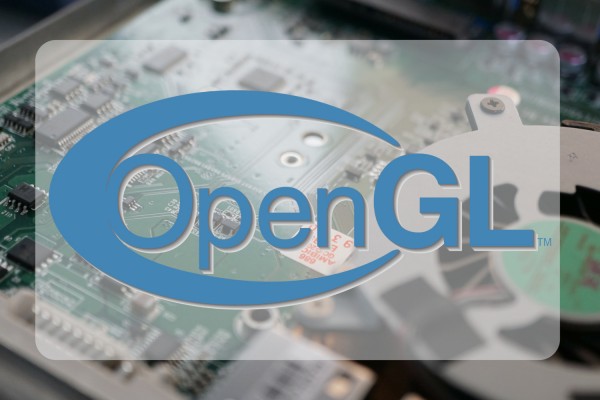 The term OpenGL is the abbreviation of “Open Graphics Library” and describes an API (application programming interface) for developing 2D and 3D graphics applications. OpenGL is cross-platform and multi-language programming. That means, as with DirectX, the API facilitates the development of graphics applications and software. They only need to be adapted to the OpenGL standard and not to various operating systems and graphics hardware. The OpenGL standard describes about 250 commands. Other organizations – such as manufacturers of graphics cards – may define proprietary (i.e. manufacturer-bound) extensions.

Where is OpenGL used?

How is OpenGL used?

How was OpenGL developed?

OpenGL was released in 1992. Originally the former PC manufacturer Silicon Graphics (SGI) developed the proprietary programming interface IRIS GL. After some time, the API was overhauled, the proprietary code removed and IRIS GL was released as the industry standard OpenGL. New features were often first introduced as manufacturer-specific extensions. Over time, they were used across manufacturers to then be introduced as new core features. Like this OpenGL has been developed further up to the current version 4.6. Since July 2006, the Khronos Group – an industrial consortium including Intel, AMD, Nvidia, Apple and Google – is responsible for the development of OpenGL.

What is the future of OpenGL?

In March 2015, the API Vulkan was presented as the successor to OpenGL at the Game Developers Conference. Initially known as “Next Generation OpenGL” or “glNext”, the programming interface is open source and also cross-platform. The difference to OpenGL is that more focus is placed on the hardware during programming, which significantly increases the computing power. Some PC games already support Vulkan, but most use DirectX. Vulkan is also developed by the Khronos Group.