Nice to know: What is Vulkan?

Vulkan is not only a planet in the Star Trek universe, but also a multimedia API. Who stands behind it and what can Vulkan do? 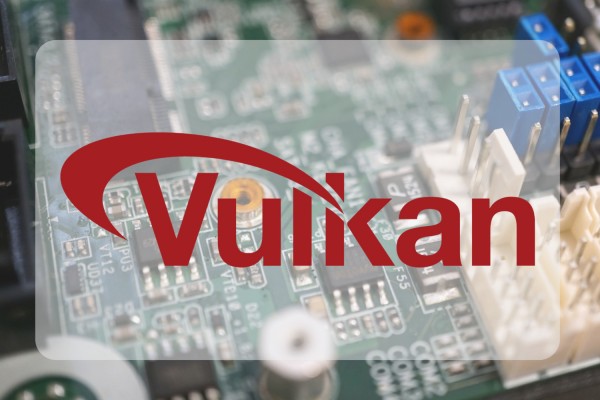 Vulkan is an application programming interface (API) with focus on 2D and 3D graphics. Since it was planned as a successor to OpenGL, the API was first called Next Generation OpenGL or glNext. As a so-called low-level API or low-overhead API, Vulkan enables to program nearer to the hardware than, for example DirectX, giving developers direct access and more control over the graphics unit. In addition, the work can be distributed better to the different CPU cores. All this increases the computing power and efficiency while at the same time reducing the number of drivers and driver overhead.

How was Vulkan developed?

Vulkan was developed by the Khronos Group. It is based on AMD’s low-level API Mantle, that is, it was built on components from Mantle. AMD donated its API to the Khronos Group, so that they had a basis to develop its own low-level API, which could then apply as a cross-platform standard for the entire industry. Vulkan was first announced at the GDC in 2015 and was released in February 2016. The current version is 1.1.101 and dates from February 2019.

Who can use Vulkan?

Vulkan is open source as well as cross-platform and is supported by all major hardware manufacturers, including Intel, AMD and Nvidia. In addition, it is compatible with various operating systems and can thus be used under Windows, Linux, Android, macOS, iOS and others. Consequently, Vulkan also runs on a variety of devices, such as PCs, consoles, smartphones and embedded platforms.

More information can be found at Techcrunch. While launching our new Mini-PCs QUADRO P1000 and TEGRA 2 we already talked a lot about NVIDIA CUDA and the so-called CUDA cores. But what is CUDA actually?
Read more Nice to know: What is Mantle?

In the next part of our small graphics API series, it is getting a little bit more special: we will look at the special features of AMD’s Mantle.
Read more
Stay up-to-date with the spo-comm newsletter.
We use cookies. Some of them are technically necessary (for example for the shopping cart), others help us improve our website and to offer you a better user experience.