In the next part of our small graphics API series, it is getting a little bit more special: we will look at the special features of AMD’s Mantle. 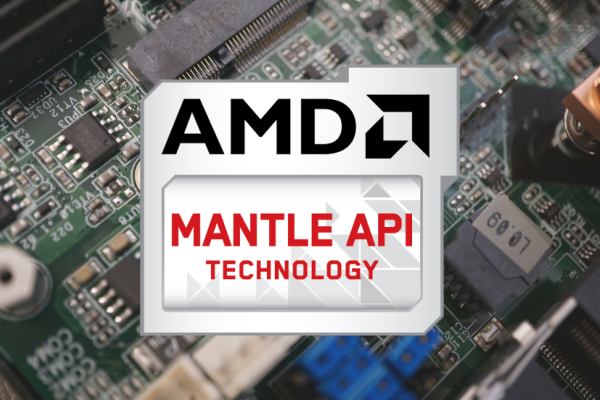 Mantle is a programming interface (API) for graphics output. It was released in 2013 and was developed by AMD, originally together with the Swedish company Dice, whose PC game Battlefield 4 was the first game using Mantle. The API was designed to be an alternative to OpenGL and Direct3D (= a part of DirectX).

What distinguishes Mantle from other graphics APIs?

Mantle is a so-called low-level API. “Low-level” means that the API allows near-system programming. Developers have more control, similar to programming on gaming consoles and can use the existing hardware more effectively. This increases the performance of the CPU and graphics unit. In addition, the driver overhead (= data that is needed only for transfer or storage and is not primarily used) as well as the memory demand is reduced and multithreading is simplified.

In parts: Mantle supports the GPUs in the PlayStation 4 and the Xbox One, but not the graphics chips of other PC hardware manufacturers such as Intel or Nvidia.

Due to strong competition from other cross-platform APIs, AMD announced in March 2015 that Mantle would no longer be developed. Instead, DirectX12 and Vulkan, which is based on Mantle, were recommended.

Passende Blogartikel
What is DirectX?
What is OpenGL?
What is Vulkan? 18 Feb 2019 know-how
What is DirectX?
DirectX is probably common among many gamers, but it is also a topic when talking about Mini-PCs, especially when it comes to programming multimedia content. But what is DirectX actually?
Read more