Today we are sharing an article, in which we want to tell you about the interface SPDIF. Although it is mostly used in the consumer electronics field, some of our Mini-PCs are equipped with this port. In this article you will find what defines SPDIF, what it is used for and how it does compared to HDMI. 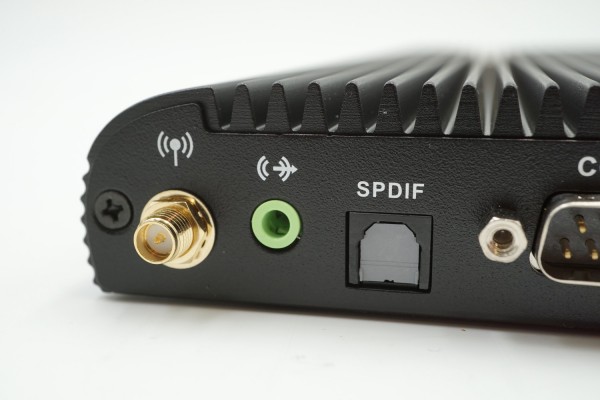 Passende Blogartikel
What is LAN?
What is USB?
What is the audio connector? There are, as well, special LAN extension cards which are not onboard as standard. These cards are needed if you want to increase the amount of the PC’s LAN interfaces. This can be advantageous if one and the same Mini-PC has to access multiple networks or devices, such as IP based surveillance cameras, at once. For our Mini-PCs of the BRICK series and two of the RUGGED-PCs, the RUGGED Q170 and the RUGGED GTX 1050Ti, there is a special adapter plate. For our NOVA CUBE Q87 there is a PCI expansion card. Two weeks ago we initiated our new series about interfaces on our spo-comm blog with the “What is LAN?” article. Today we want to continue the series with the commonplace USB port. We use it to charge our phones or to connect a mouse or USB-stick with our computer. In this article we want to give you a glimpse of what stands behind the well-known USB and what the differences between the various specifications such as USB 2.0 or USB 3.0 Gen. 2 are.
Read more 31 Oct 2018 Array ( [id] => 352 [title] => What is the audio connector? [authorId] => [active] => 1 [shortDescription] => Every one of us probably has used the audio connector at least once. In its most popular specification the connector is used for headphones for instance. It also has a lot of different application scenarios and specifications, which we want to explain you in this article. [description] =>