What is the CAN bus and how is it used in vehicles?

Modern cars often count on several dozen of control units. Many of them have to communicate with each other, too. In this article you can read, what this has to do with the CAN bus. 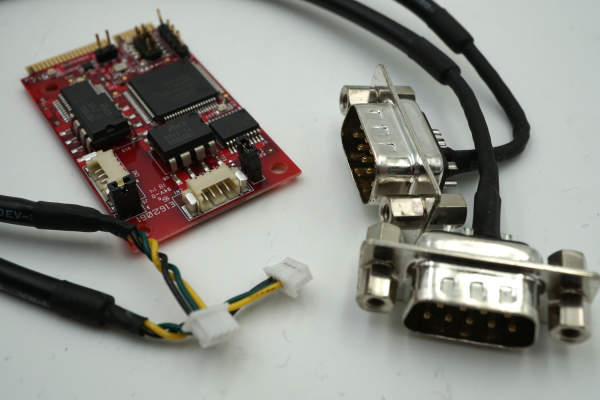 End of the wire crisis due to CAN bus

The acronym CAN stands for Controller Area Network and describes a serial bus system, thus, a system for the data transmission between a number of participants via a common transmission route. The maximum transfer rate for a (High speed-) CAN bus is 1 Mbit/s, but also depends on parameters such as cable length and the bus traffic load.

The purpose of the system that was developed from Bosch in 1983 is, reducing cable harness in cars – at this time they were up to 2 kilometers long.

The CAN bus in vehicles

Since cars produce more and more data, also the electronics assembly is focused. In order that the electronic devices in vehicles can work together properly, a consistent communication or platform is needed. This is ensured with the CAN bus.

Ranked among the electronic devices are sensors and control units. Of latter, in modern upper class cars, up to 50 can be found. Each of it is connected with the bus via a CAN port and checks the data on the content and priority. In case many control units want to send information simultaneously, the message with the highest priority is sent first, followed by the other in descending priority. Due to so-called “Identifier” the information is then processed by the correct device.

Benefits when using the CAN bus:

Also among our Mini-PCs there are some models that suit various application scenarios in vehicles. These include, on one hand, the MOVE series and, on the other hand, our RUGGED series, which just got a new member the RUGGED Ryzen. All models can optionally be equipped with a CAN bus module, to suit the before described scenario.

More about vehicle PCs, what distinguishes them and where they can be used, is already mentioned in another article.

See all our vehicle PCs 22 Mar 2017 Array ( [id] => 252 [title] => NEW: spo-book MOVE N3160: Fanless Outdoor and Vehicle-PC [authorId] => [active] => 1 [shortDescription] => With the spo-book MOVE N3160, spo-comm GmbH is bringing its range of Vehicle-PCs up to date. With its quad-core CPU and numerous special features, this fanless Mini-PC is the perfect introduction to the world of vehicle computing. [description] =>

The spo-book MOVE N3160 is the latest model in the passively cooled MOVE series, which has been specially designed for use in all kinds of vehicles. The wide-range power input (9-36 volts), the optional battery for up to ten minutes of emergency operation and various optional additional modules such as 3G/4G or GPS all ensure first-class vehicle computing. In addition, the Mini-PC has been tested to American military standards to be vibration-proof and impact-proof.

Outdoor use in extreme temperatures

The Vehicle-PC with dimensions of just 250 x 55 x 150 millimetres is equipped with a fanless Intel quad-core CPU with four 1.6 (max. 2.24) GHz cores. Thanks to passive cooling, the Mini-PC can be operated in an extended temperature range of -40 to 70 degrees Celsius. This also makes it suitable for outdoor use where heating or cooling options are not available. Furthermore the Mini-PC comes with eight GPIO ports (2 in/2 out DIO) and a dual SIM slot for operation with two independent mobile networks. A CAN bus is also optionally available.

##Order a spo-book MOVE N3160 or request a test sample The centrepiece of the new RUGGED is the AMD Ryzen V1807B embedded processor with 4 x 3.35 GHz (maximum 3.8 GHz). This unifies AMD’s Zen CPU and Vega GPU architectures into an APU (= Accelerated Processing Unit). This revolutionary combination of CPU and graphics power provides exceptional computing power so that processing and playback of high-resolution multimedia applications can easily compete with dedicated graphics cards. More facts about the CPU: 4 cores, 8 threads and 11 compute units provide completely new possibilities and require only 12 to 54 watts of power.

Thanks to its completely enclosed housing, the fanless RUGGED Ryzen is the perfect Mini-PC for outdoor digital signage. Whether it’s freezing cold or extreme hot – the Embedded PC runs flawlessly even in the extended temperature range of -40° to +70° Celsius and is therefore suitable for all climatic conditions. When it comes to vehicle computing, the new RUGGED also plays in the champions league. With a 9-48V wide range input and a massive body that absorbs shock and vibration easily, the Vehicle PC is the perfect partner for mobile applications, such as in emergency vehicles.

The passively cooled housing with the dimensions 260 x 226 x 89 mm provides space for numerous connections. The front panel has four USB 3.0 ports and four LAN interfaces for connecting external periphery. In addition to two SIM card slots, the power button and some indicator lights, among others for the HDD, can be found here. On the back panel there are four more LAN interfaces and three COM ports. Furthermore, there are four Display Ports, which allow the playback of multimedia content with a resolution of four times 4K@60Hz. This is completed by three audio ports that cover the areas MIC IN, LINE OUT and LINE IN.

So that the high-performance CPU of the RUGGED Ryzen has enough working space, it can be supported with up to 32 GB of DDR4 memory. There is, as well, space for up to two HDDs or SSDs with a maximum of 1 TB memory. They can also be connected to RAID and are suitable for hot swapping. This means, that the components can be replaced while the Mini-PC is running. On the software side, the operating systems Windows 10 in the versions IoT, Home or Professional are running as well as Linux Ubuntu.

If the various features of the Embedded PC are not enough, you can treat yourself to a variety of expansions. WiFi, 4G and GPS modules can be connected via one m.2 and three m-PCIe interfaces. A CAN bus is also possible. When using an LTE module, the two SIM card slots on the front panel allow you to dial into two different mobile networks. This is especially useful if you want to avoid dead spots or if you are travelling near country borders. Optionally available is also a battery pack, which protects against loss of data during power outages, as well as standardized wall mounts according to VESA or DIN RAIL.