What actually is Windows 10 IoT Enterprise? Broadly speaking: It is the Embedded version of Windows 10. But stop: We should not be discouraged by this comparison. While Windows Embedded was often seen as too complicated, Microsoft has changed and simplified a lot of things with the introduction of Windows 10 IoT. So Windows 10 in the IoT variant is suitable for almost everyone. 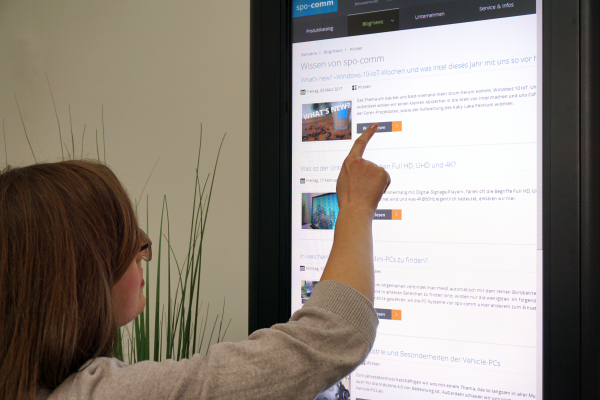 But let’s start from the beginning and talk about the question why this operating system is now called Windows 10 IoT. First of all a little excursion to the term "IoT":

What does the term "IoT" mean?

IoT is the short form of "Internet of Things". This term describes the idea that PCs will gradually disappear and will be supplemented and replaced by smart objects ("things"). For the private sector this means that everyday objects are equipped with processors, sensors and transmitters. For example, refrigerators that re-order food or a smart brush that analyses your hair structure. But also and especially in the industrial sector the topic IoT is interesting for many industries. With embedded micro-devices, among others productions plants and dispatch processes can be networked and thus work much more efficiently.

What does this mean for Windows 10 IoT?

All three variants are based on the same core, to which different features for each device family can be added. Thanks to the common core, the so-called Universal Apps can run on all platforms or device types, which significantly reduce and simplify the effort for development and support. 28 Mar 2017 know-how
Windows 10 IoT Enterprise: Customizing
After we have already explained the benefits of Windows 10 IoT, we now want to be a bit more concrete. For this reason we now want to deepen the topic customizing a bit. The so-called embedded lockdown features are playing the leading role within this article.
Read more