NEW: spo-book TEGRA 2 – Next level digital signage based on SoC

With the spo-book TEGRA 2 we welcome our next newcomer. The passively cooled Mini-PC is based on SoC-chip developed by Nvidia and is equipped with everything needed as standard. Thanks to the integrated CUDA-cores and the particularly for this hardware adjusted Linux version, the TEGRA 2 is the perfect digital signage player for developers. 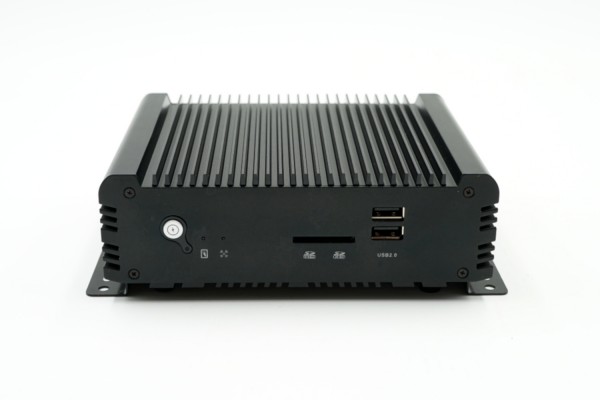 What makes the newcomer special is the way it is build. The TEGRA is not a common x86-computer but it is based on an Nvidia-SoC-chip. Such chips are mostly used in mobile devices so that every millimeter can be used. By now even PCs in the industrial field such as the TEGRA 2 count on this design. With its dimensions of 160 x 132 x 51 mm the TEGRA fits into every little corner.

Tegra SoM has integrated everything

In addition to the small dimensions it has another really important advantage. The TEGRA is a so-called "System on a module" ("SoM"). This module is already equipped with all the needed components. This includes an 8GB DDR4-RAM, a 32GB eMMC flash memory, the namesake Nvidia Tegra X2 CPU and also a LAN and WiFi module.

For their Tegra series Nvidia uses their self-developed Linux distribution, which is called Vibrante and is the counterpart to Ubuntu. Just more special and exclusive for this hardware. Vibrante has a much bigger GNU toolkit and also brings more Nvidia related libraries. The Tegra chip also provides a developer kit, which – in combination with the 256 integrated CUDA-cores – enables a various amount of different applications.

Due to the Nvidia related libraries data and images can be processed a lot faster and more efficiently. That’s why the spo-book TEGRA 2 is the perfect PC for everyone, who is searching for a passively cooled next level digital signage player. Although it is possible to play content in 4K@60hz resolution on up to two displays at once with the HDMI and DisplayPort, thanks to its special features the Mini-PC can do even more: regarding real time calculations and video editing in the automobile field the TEGRA can score. But also for camera applications with face recognition, which can be for instance found in display panels in malls, or general deep learning applications, the spo-book TEGRA is the perfect solution.

Range of interfaces for different applications

Next to the power button, an SD-card reader and two USB 2.0-ports are affixed on the front panel of the Mini-PC. The back of the TEGRA 2 also holds various interfaces: a COM-port, two USB 3.0-ports and the LAN-port find its place. Also three audio connectors and two antennas for WiFi are located here. The multimedia interfaces HDMI and DisplayPort are located on the back panel, too. At the end of 2018 we launched our first ever one-chip-system, the TEGRA 2. Its special feature: It is based on a SoC-chip. What that is and which benefits this architecture has, we explain in this article.
Read more Many mobile devices and also some of our spo-comm Mini-PCs use eMMC as their storage. But what exactly is eMMC and what are the benefits of this storage media? We want to explain it to you in this article.
Read more The new system in the spo-comm product range has the name spo-book QUADRO P1000. The namesake graphics card and the Intel® Core i5-7300U CPU with 2.6 and up to 3.5 GHz make the Mini-PC a perfect partner for digital signage applications.
Read more
Stay up-to-date with the spo-comm newsletter.
We use cookies. Some of them are technically necessary (for example for the shopping cart), others help us improve our website and to offer you a better user experience.