The two product lines spo-book NINETEEN and EXPANDED have systems with new motherboards. 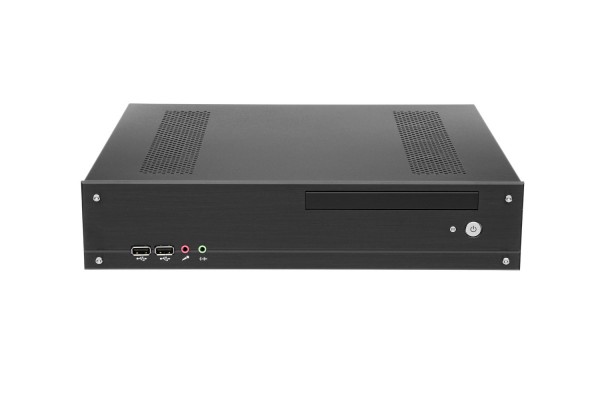 The technical basis of motherboards is now Intel's mobile Ivy Bridge technology with the chipset QM77. Accordingly, the new models were also named. They replace the previous models EXPANDEDN HM67 and NINETEEN HM67. Combined with the related processors, there is more performance at the same or even lower power consumption.

Flexibility is the outstanding characteristic of the two new models. On the one hand are all important components, such as CPU, memory and mass storage, configurable. On the other hand, they have a full PCIe 16x slot, which enables the integration corresponding PCIe cards.

The spo-book NINETEEN is designed for use in racks and data centers and has the possibility to be equipped with a 3.5'' hard disk RAID system. The spo-book EXPANDED is a stand-alone system and offers the option of a 2.5'' RAID hard disk system. Further technical information can be found on our product pages. The world's largest trade fair for professional AV and electronic system integration, the 'Integrated Systems Europe (ISE)' in Amsterdam, is a must-attend event for the who's who of the digital signage industry.

You want to know more about spo-comm and our latest developments? Then please make an appointment with us. We are pleased to present you our several digital signage, KIOSK, and POS hardware live and on site.

From February 4th until February 6th 2014, the mini pc specialist spo-comm from Nuremberg and its Taiwanese partner company MSI will show brand-new and also well-known mini pc's for digital signage as well as for the KIOSK and the POS market in hall 8, booth H193.
Read more The robust system with a stable stand is operated by the 15'' resistive touch panel. In addition to a dual-core Atom CPU and 2 GB RAM is a 320 GB Harddisk  available. There are connectors for card reader, customer display and cash drawer. More serial, USB and network interfaces are also available, such as for receipt printers. These are tamper-proof placed under a cover, so that the cables can be guided inconspicuously.

This model has a slim touch screen with a flat surface. It is not only easy to maintain, but also provides protection according to IP65. The other hardware corresponds to the entry model spo-book POS NM10.

Something to earn: The new POS systems from spo-comm

From now on spo-comm is offering POS Terminal systems. At the start we have two models. Each of them is based on a proven fanless Intel platforms and can be operated by a 15'' Touchscreen.
Read more

The spo-book DROID is housed in a rugged metal housing, available with either a 2 - or 4-core processor and is equipped with numerous interfaces. This includes, of course, USB, WIFI and HDMI, but also the opportunity to connect analog audio devices, to control devices with serial interface or to connect the DROID to a network via cable.

This expands the range of possible applications and ensures reliable connections. The operating system is current Android version 4.3, aka Jelly Bean. The internal memory has 8 GB and can be increased with an additional memory card up to 64 GB.

spo-book DROID - an Android® driven systems for professional use. Fanless Dual-Core or QuadCore ARM based systems with numerous interfaces.
Read more
Stay up-to-date with the spo-comm newsletter.
We use cookies. Some of them are technically necessary (for example for the shopping cart), others help us improve our website and to offer you a better user experience.