Since almost 10 years spo-comm and MSI IPC have been working together. At the very beginning of this cooperation a new Mini-PC was launched – the WINDBOX. This series is celebrating its 10 year anniversary soon and we would like to share the WINDBOX’s story at spo-comm with you. 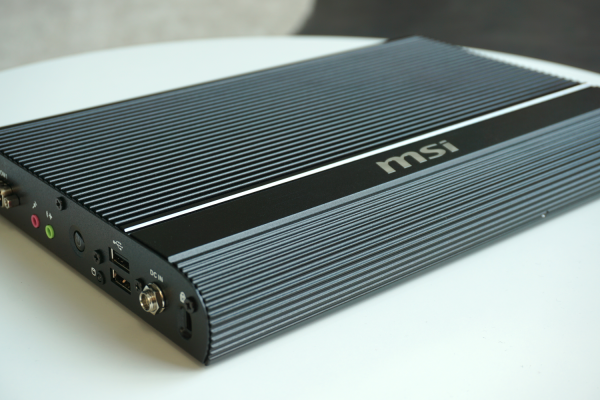 In 2010 the first Mini-PC of the series III – the WINDBOX III Advanced – was released. Using a Dual Core CPU and the first Intel HD graphics, it was now possible to complete even more demanding operations. At a meeting between MSI IPC leadership and the management of spo-comm GmbH, the award was formally handed over. "We are very glad about the longstanding and successful partnership with MSI," said Michael Sporrer, CEO of spo-comm GmbH. "Currently we are working together on the further development of one of our bestsellers, which comes out next year."

spo-comm is always involved in the development of new MSI IPC products. "As we know the market and the needs of our customers, we can incorporate many aspects and develop Mini-PCs together with MSI that meet our high standards in every way," says Michael Sporrer. This is why the joint product lines WINDBOX, BRICK, TURO, NOVA and SQUARE are regularly revised and equipped with up-to-date technology. The proven features and formats of the particular series are retained, so the customers of spo-comm can update their applications without any problems.

Since 2008, spo-comm GmbH has been the exclusive Europe partner of MSI IPC, the division for industrial PCs of the Taiwanese hardware manufacturer Micro-Star International (MSI). This cooperation is also to be continued in the future and to produce many successful products. 29 Sep 2017 Array ( [id] => 286 [title] => What is VESA? [authorId] => [active] => 1 [shortDescription] => VESA describes a standard for mountings which can be mostly found with displays. By means of these mountings Mini-PCs can be fixed to displays or displays can be fixed to walls. Which VESA standards there are and which of spo-comm's Mini-PCs are VESA compatible you will find in the following article. [description] =>

The word VESA is an acronym and means “Video Electronics Standards Association”. Its name stands for an organization with the same name. This organization sets the standards for wall-, ceiling- and also display mountings.

How can I measure the VESA standard?

Which VESA standard you need can be found out very easily by measuring both horizontal and vertical distances between the screw centers at the back of the display (or PC).

Which VESA standards are there?

VESA sets three standards, because many displays and PCs have the same standardized measurements.

Which spo-books are VESA compatible?

Do you have any questions about the VESA mounting or our spo-books? Our support team will be glad to help you!

##Explore all of spo-comm’s Mini-PCs