SSD manufacturers rely more and more on PCIe instead of SATA and Intel has introduced a new CPU of the Core i-8000 generation. In addition to these news of the Computex, we have also new stuff at spo-comm: more accessories for the MOVE series and a customizing package for Windows 10 IoT Enterprise. 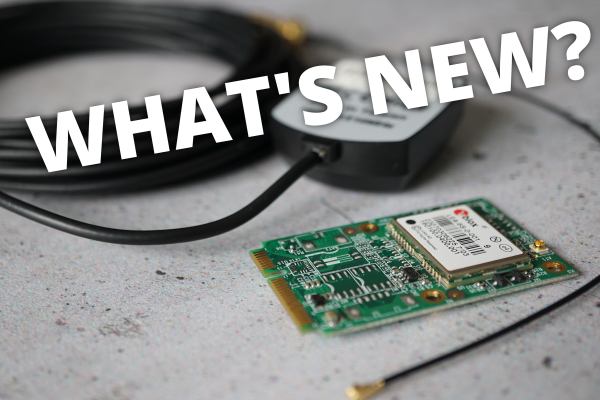 SSD trends of the Computex: TLC and M.2

PCIe instead of SATA – this trend was clearly visible at this year’s Computex in Taipei. As manufacturers are not making any progress on the speed of SATA SSDs, the future lies with the much faster PCIe SSDs like M.2. In addition, the IT fair has shown, that cheaper SSDs are now increasingly using TLC memory with 3 bits per cell.

From now on, spo-comm offers even more accessories for the two current vehicle PCs spo-book MOVE QM87 and spo-book MOVE N3160: A GPS module for navigation and geolocation as well as a CAN bus for special vehicle applications.

Another innovation introduced at Computex is a quad-core processor of the Intel Core i-8000 generation. The special thing about it: With a TDP (thermal design power) of just 15 watts, turbo clock speeds of up to 4 GHz are to be achieved. The i7 CPU is scheduled to come onto the market in the fall of 2017, delivering up to 30 percent more speed than the competing Core i7-7500U processor of the current Kaby Lake generation.

In order to make the most of the benefits of Windows 10 IoT Enterprise, spo-comm will soon offer a customizing package. This allows the adjustment of the operating system, so that you can appear as a manufacturer of the Mini-PC with your own logo, OEM information such as company name, website and telephone number, customized login screen and much more. The image, which has been adapted to your needs, is then safely stored with us and can be installed for future orders. 28 Mar 2017 Array ( [id] => 254 [title] => Windows 10 IoT Enterprise: Customizing [authorId] => [active] => 1 [shortDescription] => After we have already explained the benefits of Windows 10 IoT, we now want to be a bit more concrete. For this reason we now want to deepen the topic customizing a bit. The so-called embedded lockdown features are playing the leading role within this article. [description] =>

The function Unbranded Boot can suppress Windows items that appear while starting the operating system. This includes the bootlogo, the status ring and the status text – either one of them or all at the same time.

In addition you can adjust that a black screen appears instead of a blue screen (= a fault message in Windows) and that the device will restart automatically. This way users can’t see if the system had a crash. After each crash a dump file will be created in the background in order to read out the error.

The Embedded Logon allows you to suppress elements of the Windows 10 user interface while starting and shutting down the operating system. For instance, the login screen can be hidden and an automatic login can be configured instead. Then it is possible to display an application directly after the boot screen. Furthermore, the login screen can be personalized by hiding some elements.

With the Shell Launcher a Windows 10 app or a classic Win32 program can be opened automatically if you want to hide the standard Windows user interface. This means, that when the PC is started, the application starts and the operating system remains invisible. It is also possible to configure different shells for different users so that two accounts run on the PC: one with the application as a shell and another with the classic desktop shell for administrative things.

Furthermore the Shell Launcher can be used to control what happens if the program crashes or is closed. It could restart, shut down or also just do nothing.

The Assigned Access has similar functions as the shell launcher. It is interesting particularly for the so-called “single-function devices”, i.e. devices which are to fulfill only one function. These include, for instance, kiosks, POS terminals or displays at fairs. If an account is configured for Assigned Access a selected Windows app will run above the lock screen for the selected user account. Users of this account can not access any other function in the device. With some optional element the Assigned Access can be further personalized. For example regarding the power button availability and greeting elements.

To block access to the system certain touch and mouse gestures as well as key combinations can be blocked. To exit the application you have to press a special breakout key with which you can get to the login screen.

Another feature that allows you to personalize your PC is the possibility to customize the OEM information. You can state your own manufacturer and model name and insert your logo. In addition the support hours, phone and URL can be provided, which allows your customers to see directly where the system comes from and whom to contact with problems. 24 May 2017 Array ( [id] => 266 [title] => What’s new? Intel Core i9, Smart Transportation and more accessories [authorId] => [active] => 1 [shortDescription] => It is likely that Intel will introduce a Core i9 processor for the first time, smart cities and smart transportation are the new trend for the internet of things and spo-comm reacts to Intel’s AMT problem. Also new: 4G modules and cables are now in the spo-comm product range, categorized as accessories. [description] =>

High-end at its best: Intel Core i9 incoming

The fact that Intel will introduce new Skylake and Kaby Lake CPUs for high-end PCs this summer is considered as safe. The exciting part about that: According to leaked information, an Intel Core i9 processor is to be introduced for the first time. Such a high-class model will be a little bit oversized for Mini-PCs, but we are nevertheless curious about what we can expect from the new super CPUs.

At the beginning of May a security hole in Intel’s Active Management Technology (AMT) was announced. This is somehow embarrassing for Intel, since the error is relatively simple, but can cause great damage. The authentication hash used to encrypt or decrypt passwords, is not checked properly, which makes it very easy to hack into a PC with AMT. New drivers for all spo-comm systems with Intel Management Engine are already available on our website.

The internet of things is still one of the most discussed topics in the tech world. Curious what te trends for 2017 are? Smart transportation and smart cities – at least, this was the focus of the influential Enterprise IoT Summit, held in Texas in March. Among other things, the aim of IoT is to improve safety, reduce traffic and thus increase the quality of life. Other topics are fleet management solutions for various types of vehicles and in consequence the simplification of maintenance and service.

From now on spo-comm offers even more accessories. In the next few weeks suitable cables for spo-comm Mini-PCs will be available. For the beginning we offer power cords for Swiss and UK as well as monitor cables (2 meters and 5 meters) for various screen outputs.