What is the difference between Full HD, UHD and 4K?

While talking about digital signage players, the terms Full HD, UHD and 4K are often of interest. In this article we explain which resolutions those different terms describe and what 4K@60Hz actually means. 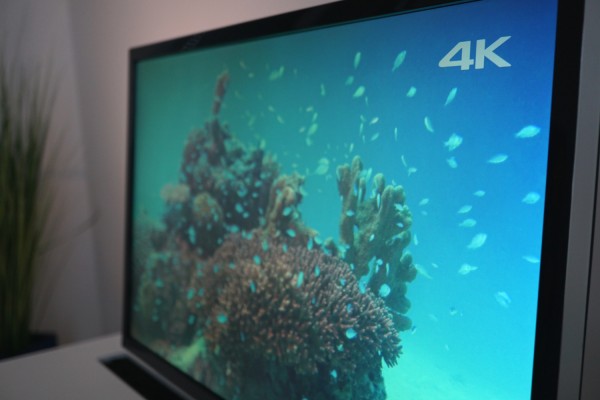 Another format is the so called HDTV standard where the number of rows and the process of image buildup are mentioned. The former is the vertical image resolution in pixels, the latter is specified in “p” or “i”. This results for example in the term 1080p. “P” stands for progressive and means that all the lines of a frame are drawn in sequence, while “i” is the abbreviation for “interlaced” which means that an image is formed from two different half images. First the odd and then the even rows are constructed. This form, however, is declining since for instance UHD-TV only provides the recording and playback of progressive images.

But let us now come to the different resolutions:

Full HD is the abbreviation for Full High Definition. It describes a resolution of 1920 x 1080 pixels (a total of 2.073.600 pixels). The aspect ratio is also 4 : 3. The term describes the ability to output (via TV, PCs, flat screens, DVD player etc.) or record (via video cameras etc.) full HD resolution.

In addition to full HD, there is also HD ready which means a lower resolution of 1280 x 720 pixels. This is, for instance, the resolution that is broadcasted by German public TV broadcasters (such as ARD and ZDF) and then reproduced on HD capable TVs.

Let us now talk about what is currently on everyone’s lips: 4K. Despite the growing market for 4K television there is still only a small amount of content for the private sector so far. In contrast, UHD and 4K are already a big talking point in professional digital signage.

UHD stands for Ultra High Definition and describes a resolution of 3840 x 2160 pixels. This is exactly for times full HD resolution. The pixel rows are doubled from 1080 to 2160 and the columns from 1920 to 3840, whereby the total number of pixels is quadrupled to approximately 8 million. The aspect ratio is still 16 : 9.

The term 4K originates from the digital cinema and actually describes a resolution of 4096 x 2160 pixels (that’s why it is sometimes called 4K2K). The aspect ratio of 4K is 17 : 9. Normally a ratio of 21 : 9 is used, which is achieved by cutting of pixels.

However it has been accepted that the terms 4K and UHD are used synonymously, so that 4K usually describes the resolution 3840 x 2160 pixels.

A glimpse into the future: 8K

If 4K does not seem sharp enough already it gets even sharper: 8K describes a fabulous resolution of 7680 x 4320 pixels. In terms of length and width there is the fourfold number of pixels of full HD, which is twice the number compared to UHD. The aspect ratio is again 16 : 9. In Japan, where the television stations NHK was one of the first to experiment with this format, 8K is also called Super Hi-Vision. In fact, 8K is, however, a pie in the sky. TVs with this resolution are not only relatively large but also quite expensive – the prices are still in the six-digit range. In addition there is hardly any content in 8K-format out yet.

Hertz or frames per second

So far we have only talked about the image resolution. But within the digital signage sector, the video resolution is also of interest. The video resolution is composed of image resolution and frame rate (also called picture frequency). The frame rate is usually expressed in hertz (Hz). It describes the number of frames that can be rendered in one second. For instance, with a picture frequency of 24 Hz, 24 frames per second are written onto a monitor or projected onto a cinema screen. That’s why instead of hertz the term fps (frames per second) is often used as well.

While talking about 4K, one often distinguishes whether the resolution can be displayed at 60 or only at 30 Hz frame rate. This is on the one hand dependent on the chipset of the PC, on the other hand the connectors are also critical. Since for a 4K@60Hz setup the interfaces DisplayPort 1.2 or HDMI 2.0 are absolutely necessary.

In the range of spo-comm there are also Mini-PCs, which can output a video resolution of 4K@60Hz. This includes our ultra-compact spo-book CORE, the digital signage players spo-book TURO Q87 and spo-book ELIX H81 as well as our brand new spo-book KUMO IV, which can display even four times 4K@60Hz or alternatively 8K@60Hz once. The spo-book EXPANDED Q170 and the spo-book NINETEEN Q170, when equipped with a corresponding graphics card, are also 4K-capable.

Nice to know: What is the difference between 4K and 8K?

While dealing with the topic of PC monitors, TVs or other devices, that show pictures or play video content, it won’t take much time until the terms UHD or 4K are mentioned. By now even the 8K-resolution is a very important thing. In the following article we want to explain what stands behind these terms and in what exactly makes them different.
Read more At the ISE 2017 in Amsterdam, spo-comm has already presented its new high-end Mini-PC, the spo-book KUMO IV, and demonstrated its VR capability live. The dedicated nVidia graphics card, the compact enclosure and the barely audible fans were immediately of interest and showed that the market is ripe for an industrial PC of the extra class.
Read more We don’t have to explain that graphics cards play a big role for the spo-comm Mini-PCs. Especially in the digital signage field they are significantly responsible whether applications can be realized or not. What exactly are the differences between dedicated and integrated graphics card? And why are dedicated ones better? Find the answers in this article.
Read more
Stay up-to-date with the spo-comm newsletter.
We use cookies. Some of them are technically necessary (for example for the shopping cart), others help us improve our website and to offer you a better user experience.