At the end of the year we are talking about a topic that is on everyone’s lips: Virtual reality, which is also important for industry 4.0. Furthermore we look at two special features of our vehicle PCs. 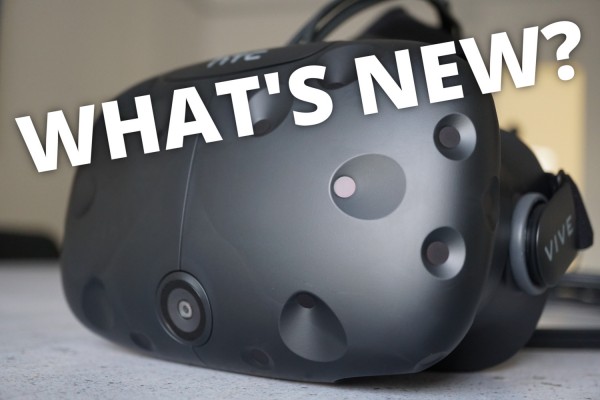 For applications in the industrial environment, applications from the areas of virtual reality (VR) and augmented reality (AR) are increasingly being developed. In industry 4.0 numerous applications are possible: In addition to the training of employees, customers and business partners (e.g. flight simulators, operating rooms, but also hard-to-reach places such as power plants), VR is also interesting for design, development and presentation. In virtual reality, products, assemblies, systems and processes can be simulated and are interactively accessible. Currently, however, there is still a lack of decent hardware, since VR applications place high demands on the processor and graphics performance of a Mini-PC.

The vehicle PCs of the MOVE series from spo-comm can all be ordered with an optional battery pack. If, for instance, the power fails or the ignition in the car unexpectedly breaks down, the PC runs operated by battery and shuts down automatically, if it doesn’t get power again. Among other things, this is interesting in the measurement technology, as data can still be saved. In addition, a hard shutdown isn’t good for PCs, since the operating system can be damaged sooner or later.

Our new models of the MOVE series each have two SIM card slots and therefore it is possible to rely on two mobile networks (3G or 4G). The advantages are obvious: On the one hand two simultaneous connections can be established, which increases the speed of data transfer. On the other hand, by using two different networks, a larger coverage can be achieved, in order not to suddenly get into a dead zone during transport. This is also interesting for vehicles traveling in the border area. Here it is possible to use the appropriate network for each country.

Passende Blogartikel
Security: Mini-PC with battery as UPS
Mini-PCs in vehicles? How does this work?
spo-book MOVE QM87 – Vehicle Computing with... 5 Sep 2017 Array ( [id] => 280 [title] => Security: Mini-PC with battery as UPS [authorId] => [active] => 1 [shortDescription] => Another alternative to the uninterruptible power supply (UPS) is presented in the third part of our blog series about security: the Mini-PC with built-in battery. [description] =>

A blackout is always bad for PCs and server systems. Short failures in the millisecond range are already sufficient to turn off electronic devices. As a result, ongoing operations are aborted and unsaved data are lost. In order to protect oneself against this, a so-called UPS (abbreviation for uninterruptible power supply) is often used. In case of a blackout, these emergency power units can supply devices with battery power. Unfortunately they are often quite expensive, large and unwieldy.

Built-in battery instead of UPS

An alternative to an UPS are PCs with built-in battery pack, such as the spo-comm series MOVE and RUGGED. With this optional supplement, the power supply is sufficient to bridge a short failure of up to 10 minutes. Enough time to save operations, shutting down programs and turning off the Mini-PC. Also you have the possibility to configure the BIOS in order to complete all memory operations automatically and to shut down the PC properly.

This is also interesting for use in vehicles for which the MOVE series was originally designed. If the vehicle-PC is equipped with a battery, a sudden shutdown or stalling of the engine does not have any negative consequences for the ongoing operations.

##Discover the MOVE series of spo-comm

##Discover the RUGGED series of spo-comm

Security: Mini-PC with battery as UPS

Another alternative to the uninterruptible power supply (UPS) is presented in the third part of our blog series about security: the Mini-PC with built-in battery.
Read more Mini-PCs in vehicles? How does this work?

A normal desktop PC is not the best solution to use in a car, which should be clear to everyone. We have summarized, why Mini-PCs are the better choice and what special features they need aside from that.
Read more The spo-book MOVE QM87 is a vehicle solution with a powerful Intel Core i5 CPU, fanless heat management and numerous additional features.
Read more
Stay up-to-date with the spo-comm newsletter.
We use cookies. Some of them are technically necessary (for example for the shopping cart), others help us improve our website and to offer you a better user experience.