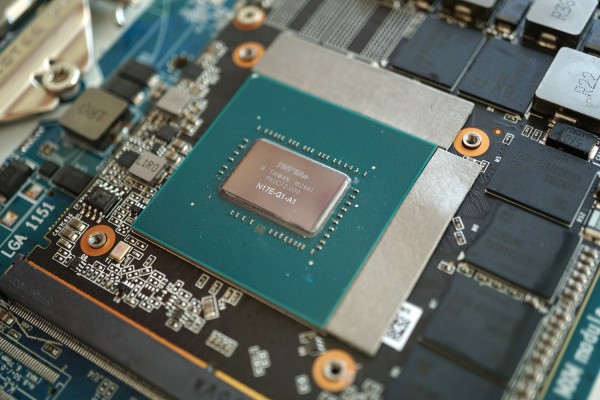 The series of GeForce cards by Nvidia is perfectly made for the use in the consumer field. The cards are supposed to provide ultimate PC gaming experiences. Due to the smooth replay of 4K content or even virtual reality applications, the cards can not only be used gaming but also for professional applications.

For the Quadro as well as the GeForce cards the feature Nview comes as standard. Using this feature, the screen can be used and designed much more efficiently and is thus, perfectly made for everyone who is working with different windows or a huge amount of data at the same time. The work can on one hand be distributed to many screens or, on the other hand, to virtual desktops on which can be toggled between by keystroke.

The Nvidia architecture CUDA is also standard for both these graphics card series. It is made to increase the processing power when applications are running parallel, for instance when editing images or videos. In another article we summarized more about CUDA.

Also at spo-comm you can find a Mini-PC with a GeForce graphics card. The RUGGED GTX 1050 Ti is equipped with the namesake GPU. It has 768 CUDA cores and can play content on up to seven screens at once.

Nvidia Quadro for workstations with MOSAIC

The name Quadro stands for a desktop graphics cards developed by Nvidia for the use in the creative and technology field. Next to a very performant graphics processor and a high storage, they also provide 8K display outputs just to give an example. With these features they ensure that professional workflows are sped up.

Only the Nvidia Quadro cards bring along this special feature called MOSAIC. It is designated to interconnect the displays to one group, so that they build one big screen. One significant benefit of MOSAIC is that the displays can be placed not only next to each other, but also in a grid. Depending on which graphics card is being used, grids of for example 2 x 2 screens can be realized. But the most important advantage is actually another one: With MOSAIC it is possible to disconnect one display during the application without the arrangement being dissolved or changed.

In the range of spo-comm Mini-PCs there are two systems with a Quadro graphics card. Our QUADRO P1000 is standardly equipped with the namesake P1000 with 640 CUDA cores and the NOVA Q170 can optionally be equipped with the P2000 with 1024 CUDA cores.

In 2018, Nvidia introduced its “revolutionary” Turing™ architecture. Together with the GeForce RTX™ graphics platform the GPUs offer real-time ray tracing, artificial intelligence and new shading technologies. The razor-sharp, realistic images and special effects are perfectly made for the gaming field, but they can also be utilised in professional digital signage applications.

Another detail of the Turing GPUs is the feature Nview which we already know from the GTX graphics cards. This feature is explained in the first section “Nvidia GeForce: Gaming cards for professional use”.

Our KUMO V, that was released in February 2020, is equipped with an Nvidia RTX 2060. This graphics card has 6GB integrated DDR6-RAM and 1920 CUDA cores. It provides an ultrahigh performance for graphics applications and also in the Virtual Reality field. Of course, on four displays at once with a resolution of 4K@60Hz.

As well as for integrated graphics cards, it is also possible with dedicated ones to duplicate the screen or extend the desktop. As we already mentioned in our last article of this series this can be set up via the screen resolution (Windows 7) or display settings (Windows 10). Where onboard cards only support a maximum of 3 displays, GeForce and Quadro can control up to 8.

Nvidia provides a website with a configurator that shows every connection possibility with a GeForce card.

To set up such specific features the graphics cards driver and the associated management tool is needed. Nvidia calls its own Nvidia Control Panel. How to set up MOSAIC with your Quadro card you can find here.

Passende Blogartikel
Multi-monitor with AMD Ryzen™ and Radeon™ Vega
Integrated vs dedicated graphics card:...
Multi-monitor – How to: Duplicated screen and... For the last part of our multi-monitor series we want to take a closer look on the settings for the multi-monitoring with AMD and what special features these graphic chips have.
Read more Multi-monitor – How to: Duplicated screen and extended desktop

In relation to some of our digital signage Mini-PCs the term “multi-monitor” is often mentioned. There are many different subitems behind this pretty complex topic which we want to present you in this new series. Today we want to show how to duplicate your screen and extend your desktop.
Read more
Stay up-to-date with the spo-comm newsletter.
We use cookies. Some of them are technically necessary (for example for the shopping cart), others help us improve our website and to offer you a better user experience.